This chart shows you the price of these 7 major crypto coins from September till now. If you look at the pink rectangle, you can realize how Ethereum(dark blue), Monero(pink), Litecoin(alice blue), Stellar(Light green) has higher price than bitcoin (yellow). But, they were not always higher, look during november, everything was less valued than bitcoin (yellow curve is at the top in Nov 2017). As Bitcoin’s price had an upward trend during the end of december, all the coin price also saw upward trend. But as Bitcoin’s price is going down, some coins are holding their value but some are losing their value. You can see, underneath the pink rectangle, falls the two coin Cardano(brown) and Ripple(Orange), these two coins are losing their value. However, Ripple had higher values in early January as you can see if you look at the last peak for all coins near Jan 2018. I never had too much confidence in Ripple as it somehow defeats the idea of crypto currency with its centralized feature (But who knows it may see light again if it can deliver its promises). Ultimately, money will flock to services which have higher utility and can gain trust.
So, these should give you some rough idea about the coin dynamics. A successful coin economy depends on how the market share or daily volume of trade is going on that coin landscape. It’s kind of similar to how Forex (Foreign Exchange market) market where currencies are traded moves, how US dollar influences Euro or Japanese Yen, or Chinese Renminbi, or Bangladeshi Taka. Hope you have an idea of evaluating crypto coins and their potential gains or losses over time and can make educated investment decisions. And I guess you can see how crypto exchange market is going to look like in future. 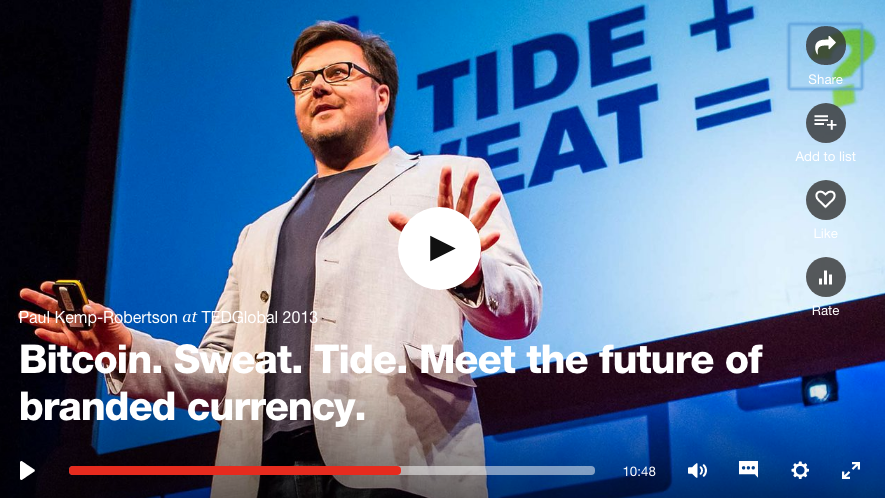 A talk from 2013 at TED(Technlogy, Entertainment and Design). Watch the talk, and think what is different in the talk in 2013 from what it is now in 2018 after nearly 5 years. Enjoy!

Around the time, I first heard about bitcoin and got mind blown when I realized it could potentially give birth to a global currency. I’m lucky to find the talk for you all again, while exploring the TED talks. Even though Bitcoin was born with the dream of being a global curerncy, however, now a days, it’s mainly being treated as a digital gold or asset where you invest your money with the hope for making profit. But when I knew about Bitcoin, I didn’t get excited by it’s profit-making ability, rather, I was excited by how a currency can be established without the authority of any government by simply using some mathematics, cryptography and algorithms. The beauty of mathematics and the power of internet mesmerized me in significant way and I started learning more. Since then, it has evolved so much, it has experienced so much, it’s been popularized all around the world, criminalized in countries, stolen, hacked and what not ! So, it may not turn into a currency. Who will buy his coffee today with 0.00036 BTC(~ 3 USD) which may be 360 USD (when 1 BTC ~ 1,000,000 USD) ? It sounds foolish. But trust me I have bought my dinner in an Indian restaurant named Khana Khazana in West Lafayette with bitcoin which will be worth more than that in 2020. I don’t regret it, because I didn’t care, what will be it’s value in future, rather that I and the fellow bitcoiners were more excited to be able to use bitcoin to buy our food. So, may be, not bitcoin, but some other crypto currency will be a global coin. Governments will now create their own crypto coin(https://www.cnbc.com/2017/11/30/cryptocurrency-craze-springboards-government-backed-coin.html). But however the future will be, it’s gonna be an interesting one in terms of how we will use our money. When something is exciting, you can always smell it when you play with it, and this video just reminded me of my memories. Hope when I am old, I can say to my grandchildren that I was part of a monetary revolution.